Preserve Your Hippocampus With Exercise 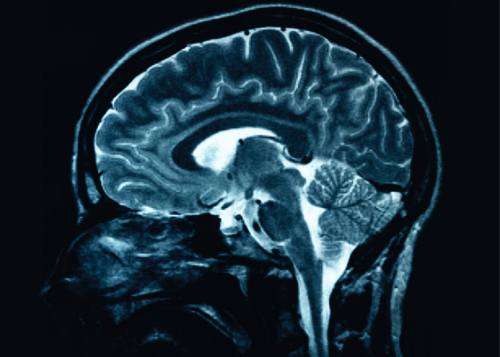 The NYT’s Well blog has the details. The brain’s hippocampus is a critical center for memory. Alzheimers disease is associated with a gene called apo-E4. Carriers of that gene who exercise regularly have less shrinkage of the hippocampus than non-exercisers.

To PROVE that regular exercise prevents dementia-related shrinkage of the hippocampus, you’d have to force some folks to exercise and stop others who wanted to exercise. A couple years later, scan their brains and compare the two groups. That study may never be done.

The Mediterranean diet also seems to prevent or forestall dementia.

Nobody knows. A recent report out of Germany suggests that pioglitazone does prevent dementia, but it’s not a very strong linkage. If it works, I wonder if it’s simply related to better control of blood sugar, which could be accomplished with a variety of means. Pioglitazone (aka Actos) is a type 2 diabetes drug in the TZD class. You could call it an “insulin sensitizer.”

The best popular press report I’ve seen is at Bloomberg.

German researchers went fishing for associations in a huge database of patients and drug usage. Their formal report hasn’t even been published yet. A five-year study was recently initiated to further investigate the possibility that piogoitazone prevents dementia. I doubt this will pan out.

Comments Off on Does Diabetes Drug Pioglitazone Prevent Dementia?

In the study at hand, the DASH diet (Dietary Approaches to Stop Hypertension) also protected the brain:

Higher levels of compliance with both the DASH and Mediterranean dietary patterns were associated with consistently higher levels of cognitive function in elderly men and women over an 11-y period. Whole grains and nuts and legumes were positively associated with higher cognitive functions and may be core neuroprotective foods common to various healthy plant-centered diets around the globe.

See the American Journal of Clinical Nutrition for details.

High Blood Sugar Raises Risk for Dementia, Even For Non-Diabetics 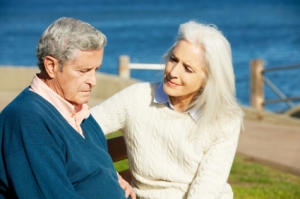 “Let’s work on getting those blood sugars down, honey.”

On the heels of a report finding no association between Alzheimer’s disease and abnormal blood sugar metabolism, MedPageToday features an new study linking high blood sugars to future development of dementia. And diabetics with sugar levels higher than other diabetics were more prone to develop dementia.

Some of you have already noted that not all cases of dementia are Alzheimer’s dementia. But Alzheimer’s accounts for a solid majority of dementia cases, about eight in 10 cases.

Some quotes from MedPageToday:

During a median follow-up of 6.8 years, 524 participants [of the 2,000 total] developed dementia, consisting of 74 with diabetes and 450 without. Patients without diabetes and who developed dementia had significantly higher average glucose levels in the 5 years before diagnosis of dementia (P=0.01). The difference translated into a hazard ratio of 1.18 (95% CI 1.04-1.33).

Reminder: Conquer Diabetes and Prediabetes is now available on Kindle.

Comments Off on High Blood Sugar Raises Risk for Dementia, Even For Non-Diabetics 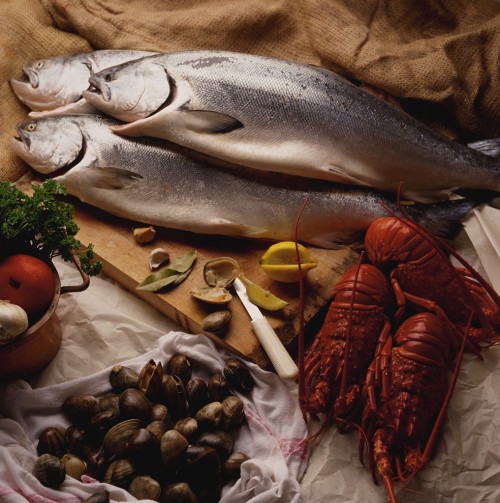 I like fish, but raw whole dead fish leave me cold

Supplementation with omega-3 fatty acids does not help prevent age-related cognitive decline and dementia, according to an article at MedPage Today.

The respected Cochrane organization did a meta-analysis of three pertinent studies done in several countries (Holland, UK, and ?).

I leave you with a quote from the MedPage Today article:

And while cognitive benefits were not demonstrated in this review, Sydenham and colleagues emphasized that consumption of two servings of fish each week, with one being an oily fish such as salmon or sardines, is widely recommended for overall health benefits.

Compared with non-diabetics in the study, T2s had brain atrophy  (shrinkage on MRI scans) and cognitive deficits reminiscent of pre-clinical Alzheimer’s disease.

Deteriorating Brain Function Linked to High Insulin Levels and Insulin Resistance: Here’s How You Fight Back 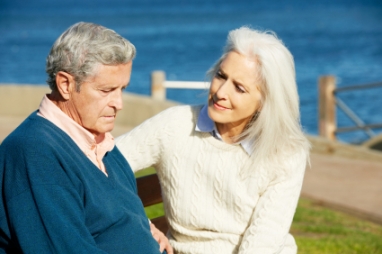 Don’t wait to take action until it’s too late

Insulin resistance and high blood insulin levels promote age-related degeneration of the brain, leading to memory loss and dementia according to Robert Krikorian, Ph.D.  He’s a professor in the Department of Psychiatry and Behavioral Neuroscience, University of Cincinnati Academic Health Center.  He has an article in a recent issue of Current Psychiatry – Online.

“Waist circumference of ≥100 cm (39 inches) is a sensitive, specific, and independent predictor of hyperinsulinemia for men and women and a stronger predictor than body mass index, waist-to-hip ratio, and other measures of body fat.”

Dr. Krikorian thinks that dietary approaches to the prevention of dementia are effective yet underutilized.  He mentions reduction of insulin levels by restricting calories or a ketogenic diet: they’ve been linked with improved memory in middle-aged and older adults.

I must mention that many, perhaps most, dementia experts are not as confident  as Dr. Krikorian that these dietary changes are effective.  I think they probably are, to a degree.

The Mediterranean diet is high in fruits and vegetables and relatively low-glycemic.  It’s usually mentioned by experts as the diet that may prevent dementia and slow its progression.

I’ve written before about how blood sugars in the upper normal range are linked to brain degeneration.  Dr. Krikorian’s recommendations would tend to keep blood sugar levels in the lower end of the normal range.

PS: Speaking of dementia and ketogenic, have you ever heard of the Ketogenic Mediterranean Diet?  (Free condensed version here.)

Comments Off on Deteriorating Brain Function Linked to High Insulin Levels and Insulin Resistance: Here’s How You Fight Back