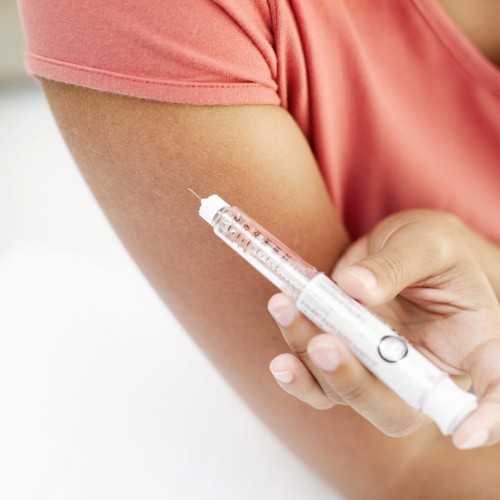 Researchers affiliated with the U.S. Centers for Disease Control estimate that 40% of American adults will develop diabetes, mostly type 2. The CDC’s prior estimate was the one of every three Americans born in 2000 would develop diabetes. Some snippets from the article abstract:

Years spent with diabetes increased by 156% in men and 70% in women.

The good news is that you can decrease your odds of type 2 diabetes via diet and exercise. The single most important issue in preventing type 2 diabetes is avoiding obesity. Next  is regular physical activity.

Tagged as CDC, prevalence of diabetes in U.S.

Adolescent Type 1 Diabetes on the Rise in U.S. 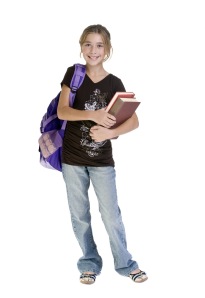 The prevalence of type 1 diabetes in U.S. adolescents rose by 23% between 2001 and 2009, according to University of Colorado researchers.

The journal Pediatrics just recently published an article stating that the incidence of diabetes and prediabetes in U.S. adolescents increased from 9% in 1999 to 23% in 2008. From that report, however, I couldn’t tell how much of the increase was type 1 versus type 2.

No one knows why type 1 diabetes in youths is increasing.  The rise in type 2 diabetes is likely related to higher obesity rates.

This statistic is from the Centers for Disease Control and Prevention as cited in Increased Consumption of Refined Carbohydrates and the Epidemic of Type 2 Diabetes in the United States: an Ecologic Assessment, American Journal of Clinical Nutrition, 2004, vol. 79, no.5, pp: 774-779.

This is a six-fold increase.  The major part of the upward trend started in 1960.  Interestingly, that’s when corn syrup started working its way into our food supply.  Coincidence?  The authors of the Department of Human Services paper write:

Preliminary evaluation of these trends suggests that the change in the prevalence of known diabetes has resulted from improvements both in detection of diabetes among high-risk groups and in survivorship among persons with diabetes.

In January of 2011, the U.S. Centers for Disease Control and Prevention released the latest estimates for prevalence of diabetes and prediabetes. The situation is worse than it was in 2008, the last figures available.

Tagged as diabetes prevalence, prevalence of type 2 diabetes in U.S. over time

Prediabetes and Diabetes on the Rise in U.S. Adolescents, Doubling in a Decade

The June, 2012, issue of Pediatrics has an article stating that the incidence of diabetes and prediabetes in U.S. adolescents increased from 9% in 1999 to 23% in 2008.  The finding is based on the NHANES survey of 12 to 19-year-olds, which included a single fasting blood sugar determination.

The investigators offered no solution to the problem.  I’m no pediatrician, but my guess is that the following measures would help prevent adolescent type 2 diabetes and prediabetes:

I’m sure many of the adolescent type 2 diabetics and prediabetics are overweight or obese.  A 2010 study out of Colorado found a low-carbohydrate, high-protein diet safe and effective for adolescents.  Fortunately, the decades-long ascent of the adolescent obesity rate in the U.S. seems to have peaked for now.

PS: I scanned the article quickly and don’t remember if the researchers broke down the diabetes cases by type 1 and type 2.  I’d be shocked if type 1 diabetes rose this much over the last decade.

Half of Americans Over 65 Have Prediabetes

Two days ago the U.S. Centers for Disease Control and Prevention released the latest estimates for prevalence of diabetes and prediabetes.  The situation is worse than it was in 2008, the last figures available. 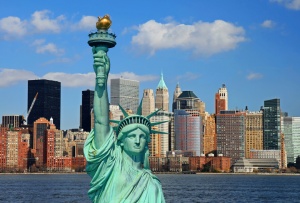 The CDC estimates that one of every three U.S. adults could have diabetes by 2050 if present trends continue.

The press release from the CDC mentions that physical activity and avoidance of overweight will prevent some cases of diabetes.  I believe that  limiting consumption of refined carbohydrates like sugar and flour would also help.

One of Every Three Born in 2000 Will Develop Diabetes

"No diabetes in my future!"

The U.S. already has 24 million people with diabetes and another 54 million with prediabetes.  Approximately one of every three persons born in the U.S. in 2000 will develop diabetes in his or her lifetime, according to the Centers for Disease Control and Prevention.

And largely preventable if we have the will.

Societal Changes and the Increasing Rates of Type 2 Diabetes

I ran across a thought-provoking article published a few months ago at DiabetesHealth online.  It’s a non-scientific exploration of the potential causes of “diabesity,” the combination of obesity and type 2 diabetes.

You’ll get a kick out of this especially if you’re over 40.

On June 24, 2008, the Centers for Disease Control released prevalence data for diabetes in the U.S.  Nearly 24 million people now have diabetes, up three percent over just two years.  This is eight percent of the population.  The vast majority of cases are of type 2 diabetes, not the type 1 usually diagnosed in childhood.

Another 57 million people have pre-diabetes, a condition that can turn into full-blown diabetes over time.  The two types of pre-diabetes are “impaired fasting glucose” and “impaired glucose tolerance.”

The 24 million figure includes six million who have diabetes but have not yet been diagnosed.

I expect to see even more diabetes cases in the future as our overweight population ages.

Risk factors for the development of type 2 diabetes include aging and genetic heritage.  You can’t do anything about those.  But two other major risk factors are under your control: habitual inactivity and excessive body fat.

If you don’t want to be one of these statistics, now you know what you need to do.

The Prevention or Delay of Type 2 Diabetes

Comments Off on Diabetes Increases Dramatically