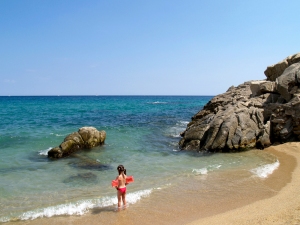 Low-carb diets improve blood sugar levels and reduce excess body weight in type 2 diabetics, leading to the ADA’s allowance in 2008 of a low-carbohydrate diet as an alternative to standard diabetic diets.

Many—probably most—type 2 diabetics have insulin resistance:  the body’s cells that can remove sugar from the bloodstream are not very sensitive to the effect of insulin driving sugar into those cells.  They “resist” insulin’s effect.  Consumption of monounsaturated fatty acids  improves insulin sensitivity.  In other words, insulin is better able to push blood sugar into cells, removing it from the bloodstream.

Previous studies have shown that both low-carb diets and the Mediterranean diet reduce after-meal elevations in blood sugar, which likely lowers levels of triglycerides and LDL cholesterol.

The goal was to compare effects of three diets in overweight type 2 diabetics in Israel over the course of one year.  Study participants totalled 259.  Average age was 56, average weight 86 kg (189 lb), average hemoglobin A1c 8.3%, and average fasting plasma glucose (sugar) was 10.3 mmol/L (185 mg/dl).  [Many diabetics in the U.S. fit this profile.]  People taking insulin were excluded from the study, as were those with proliferative diabetic retinopathy—no reasons given.

Participants were randomly assigned to one of three diets, so there were about 85 in each group.  [Over the course of one year, people dropped out of the study for various reasons, leaving each group with about 60 subjects.]

Here are the diets:

Patients were followed-up by the same dietitian every two weeks for one year.  All were advised to do aerobic exercise for 30-45 minutes at least three days a week.

All diets were designed to provide 20 calories per kilogram of body weight.

Adherence to the assigned diet was assessed with a “food frequency questionnaire” administered at six months.

What Did the Researchers Find?

Average reported energy intake was similar in all three groups: 2,222 calories per day.

At the end of 12 months, all three groups lost about the same amount of weight (8-9 kg or 18-20 lb), body mass index, and waist circumference.

Hemoglobin A1c fell in all three groups, but was significantly greater for the LCM group than for the ADA diet (6.3% absolute value vs 6.7%).

Triglycerides fell in all three groups, but was significantly greater for the LCM diet compared to the ADA diet.

The LCM group achieved a significant increase (12%) in HDL cholesterol compared to the ADA diet, but not different from the TM group.

LDL cholesterol fell in all three groups, and the LCM group’s drop (25%) was clearly superior to that of the ADA diet (14%) but about the same as the TM diet (21%).

Only the LCM improved HDL levels and was superior to both the ADA and TM in improving glycaemic control.

It would appear that the low carbohydrate Mediterranean diet should be recommended for overweight diabetic patients.

There’s no way the average diabetic could replicate this low-carb Mediterranean diet without working closely with a dietitian or nutritionist.

NutritionData’s Nutrient Search Tool can give you a list of foods high in monounsaturated fat.

The Mediterranean diet and low-carb diets independently have been shown to lower after-meal glucose levels, which probably lowers LDL cholesterol and triglycerides.

I’m disappointed the dietitians were not able to achieve a lower level of carbohydrate consumption in the low-carb Mediterranean diet group.  I suspect if they had, improvements in glucose control and lipids would have been even better.  But proof awaits another day.

We saw last year an article in the Annals of Internal Medicine that showed a dramatic reduction in the need for glucose-lowering drugs in type 2 diabetics following a different low-carb Mediterranean diet over four years, compared to a low-fat American Heart Association diet.  These two studies convince me a low-carb Mediterranean diet has real life-preserving and life-enhancing potential.

If you’re aware of any other low-carb, explicitly Mediterranean-style diets, please share in the Comments section.