Random Thoughts On Paleo Eating for People With Diabetes 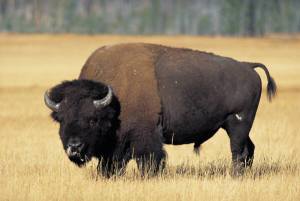 I was interviewed a couple months ago by Amy Stockwell Mercer, author of Smart Woman’s Guide to Diabetes. All I knew beforehand was that she was interested in my thoughts on the paleo diet as applied to diabetes.  I think she had run across my PaleoDiabetic blog.

In preparation, I collected some random thoughts and did a little research.

Is the paleo diet deficient in any nutrients?

What About Carbohydrates and Diabetes and the Paleo Diet?

Diabetes is a disorder of carbohydrate metabolism. In a way, it’s an intolerance of carbohydrates. In type 1 diabetes, there’s a total or near-total lack of insulin production on an autoimmune basis. In type 2 diabetes, the body’s insulin just isn’t working adequately; insulin production can be high, normal or low. In both cases, ingested carboydrates can’t be processed in a normal healthy way, so they stack up in the bloodstream as high blood sugars. If not addressed adequately, high blood glucose levels sooner or later will poison body tissues . Sooner in type 1, later in type 2. (Yes, this is a gross over-simplification.)

If you’re intolerant of lactose or gluten, you avoid those. If you’re intolerant of carbohydrates, you could avoid eating them, or take drugs to help you overcome your intolerance. Type 1 diabetics must take insulin. Insulin’s more optional for type 2’s. We have 11 classes of drugs to treat type 2 diabetes; we don’t know the potential adverse effects of most of these drugs. Already, three diabetes drugs have been taken off the U.S. market or severely restricted due to unacceptable toxicity: phenformin, troglitazone, and rosiglitazone.

Humans need two “essential fatty acids” and nine “essential” amino acids derived from proteins. “Essential” means we can’t be healthy and live long without them. Our bodies can’t synthesize them. On the other hand, there are no essential carbohydrates. Our bodies can make all the carbohydrate (mainly glucose) we need.

Since there are no essential carbohydrates, and we know little about the long-term adverse side effects of many of the diabetes drugs, I favor carbohydrate restriction for people with carboydrate intolerance. (To be clear, insulin is safe, indeed life-saving, for those with type 1 diabetes.)

That being said, let’s think about the Standard American Diet (SAD) eaten by an adult. It provides an average of 2673 calories a day. Added sugars provide 459 of those calories, or 17% o the total. Grains provide 625 calories, or 23% of the total. And most of those sugars and grains are in processed, commercial foods. So added sugars and grains provide 40% of the total calories in the SAD. (Figures are from an April 5, 2011, infographic at Civil Eats.)

Anyone going from the SAD to pure Paleo eating will be drastically reducing intake of added sugars and grains, our current major sources of carbohydrate. Question is, what will they replace those calories with?

That’s why I gave a thumbnail sketch of the paleo diet above. Take a gander and you’ll see lots of low-carb and no-carb options, along with some carb options. For folks with carbohydrate intolerance, I’d favor lower-carb veggies and judicious amounts of fruits, berries, and higher-carb veggies and 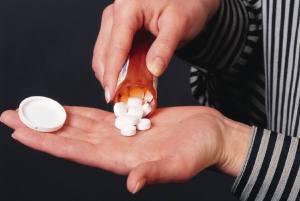 Will these cause bladder cancer? Pancreatitis?

tubers. “Judicious” depends on the individual, considering factors such as degree of residual insulin production, insulin sensitivity, the need to lose excess weight, and desire to avoid diabetes drugs.

Compared to the standard “diabetic diet” (what’s that?) and the Standard American Diet, switching to paleo should lower the glycemic index and glycemic load of the diet. Theoretically, that should help with blood sugar control.

A well-designed low-carb paleo diet would likely have at least twice as much fiber as the typical American diet, which would also tend to limit high blood sugar excursions.

In general, I favor a carbohydrate-restricted paleo diet for those with diabetes who have already decided to “go paleo.” I’m not endorsing any paleo diet for anyone with diabetes at this point—I’m still doing my research. But if you’re going to do it, I’d keep it lower-carb.  E.g., under 100 g of digestible carb daily. It has a lot of potential.

Are There Any Immediate Dangers for a Person With Diabetes Switching to the Paleo Diet?

It depends on three things: 1) current diet, and 2) current drug therapy, and 3) the particular version of paleo diet followed.

Remember, the Standard American Diet provides 40% of total calories as added sugars and grains (nearly all highly refined). Switching from SAD to a low-carb paleo diet will cut carb intake and glycemic load substantially, raising the risk of hypoglycemia if the person is taking certain drugs.

Drugs with potential to cause hypoglycemia include insulin, sulfonylureas, meglitinides, pramlintide, and perhaps thiazolidinediones.

Who knows about carb content of the standard “diabetic diet”? Contrary to poplular belief, there is no monolithic “diabetic diet.” There is no ADA diet (American Diabetes Association). My impression, however, is that the ADA favors relatively high carbohydrate consumption, perhaps 45-60% of total calories. Switching to low-carb paleo could definitely cause hypoglycemia in those taking the aforementioned drugs.

One way to avoid diet-induced hypoglycemia is to reduce the diabetic drug dose.

A type 2 overweight diabetic eating a Standard American Diet—and I know there are many out there—would tend to see lower glucose levels by switching to probably any of the popular paleo diets. Be ready for hypoglycemia if you take those drugs.

Paleo diets are not necessarily low-carb. Konner and Eaton estimate that ancestral hunter-gatherers obtained 35 to 40% of total calories from carbohydrates. I’ve seen other estimates as low as 22%. Reality likely falls between 22 and 65%. When pressed for a brief answer as to how many carbohydrate calories are in the paleo diet, I say “about a third of the total.” By comparison, the typical U.S. diet provides 50% of calories from carbohydrate.

Someone could end up with a high-carb paleo diet easily, by emphasizing tubers (e.g., potatoes), higher-carb vegetables, fruits, berries, and nuts (especially cashews). Compared with the SAD, this could cause higher or lower blood sugars, or no net change.

A diabetic on a Bernstein-style diet or Ketogenic Mediterranean Diet (both very-low-carb) but switching to paleo or low-carb paleo (50-150 g?) would see elevated blood sugars. Perhaps dangerously high glucoses.

Any person with diabetes making a change in diet should do it in consultation with a personal physician or other qualified healthcare professional familiar with their case.

Fun Facts provided by the U.S. Department of Agriculture.