ScienceDaily on December 17, 2009, reported findings of a Canadian archeological team who found evidence of systematic grain consumption by ancient humans in Africa:

The consumption of wild cereals among prehistoric hunters and gatherers appears to be far more ancient than previously thought, according to a University of Calgary archaeologist who has found the oldest example of extensive reliance on cereal and root staples in the diet of early Homo sapiens more than 100,000 years ago. 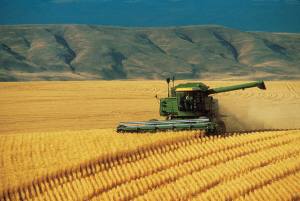 This is interesting to me because I’m investigating whether the paleo diet is a good one for people with diabetes.  In case you’re new to the paleo diet, grains are considered verboten by most adherents.  (The paleo diet is also known as the Stone Age diet, caveman diet, and Paleolithic diet.)  The cereal grain mentioned in the ScienceDaily article is wild sorghum.

Many in the paleosphere believe that such ancient humans didn’t have the technical skills to transform wild grains into something edible on a regular basis.  I haven’t read the source material, nor do I have an opinion on whether the archeologists are correct.  I’m just sayin’…

6 responses to “Evidence for Human Grain Consumption 100,000 Years Ago”