FDA Approves Exenatide for Once Weekly Use

Once-weekly injection of exenatide, sold in the U.S. as Bydureon, has been approved for use by the U.S. Food and Drug Administration.  It’s main competitors are Byetta (exenatide  injected twice daily) and Victoza  (liraglutide).  Byetta  and Bydureon are made by the same company, Amylin Pharmaceuticals.  Bydureon apparently is a slow-release formulation of exenatide. 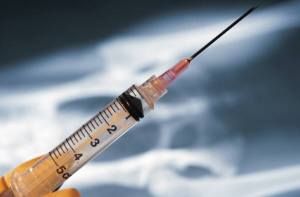 Victoza is the one that celebrity chef Paula Deen endorsed about a month ago, around the same time she revealed she’s had type 2 diabetes for three years.  Victoza’s injected once daily.

The New York Times has a January 27, 2012, article on Bydureon, focusing on business and investing.  The new drug is expected to retail for $4,200 (USD) a year.

David Mendosa is excited about Bydureon.

These drugs are in a class called GLP-1 receptor agonists, which mimic the effect of glucagonlike peptide- 1, a hormone that increases insulin secretion by the pancreas when blood sugar levels are high.  They are prescribed as adjuncts to diet and exercise in adults with type 2 diabetes.

Comments Off on FDA Approves Exenatide for Once Weekly Use