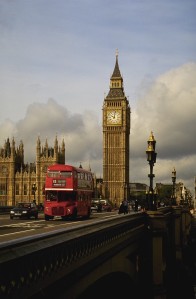 At 100 g of carbs, Banting’s diet had about a third as much as today’s usual U.S. diet.

From elisaannh at Active Low-Carber Forums:

I think the diet is a definite improvement over the diet in England at that time period. However, cooked fruit and bread are not necessary, and he doesn’t mention added fat, which I feel his diet is too low in. Perhaps the meat was well marbled, but I did use fish in the calc for his supper at 2 pm (beef and chicken were the other two meats I used to balance it out in the other meals). Prunes were used for the “cooked fruit from a pudding” and apples for his tea time fruit. Green beans were used for his vegetable.

For screen shots of the calculations: http://picasaweb.google.com/elisaan…feat=directlink

Elisaannh also has a diet blog at http://thelittlebowl.blogspot.com.  Many thanks to Elisaannh, who is a long-haul trucker.

Comments Off on Nutritional Analysis of William Banting’s 1865 Diet

According to Wikipedia, Banting was a distant relative of Frederick Banting, the co-discoverer of insulin in 1921.