Paleo and Low-Carb Diets: Much In Common?

My superficial reading of the paleo diet literature led me to think Dr. Loren Cordain was the modern originator of this trend, so I was surprised to find an article on the Stone Age diet and modern degenerative diseases in a 1988 American Journal of Medicine.  Dr. Cordain started writing about the paleo diet around 2000, I think. 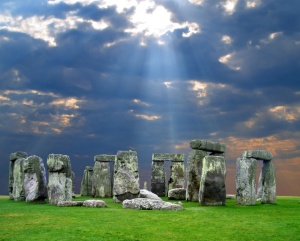 What’s So Great About the Paleolithic Lifestyle?

In case you’re not familiar with paleo diet theory, here it is.  The modern human gene pool has changed little over the last 50,000 years or so, having been developed over the previous one or two million years.  Darwins’ concept of Natural Selection suggests that organisms tend to thrive if they adhere to conditions present during their evolutionary development.  In other words, an organism is adapted over time to thrive in certain environments, but not others.

The paleo diet as a healthy way to eat appeals to me.  It’s a lifestyle, really, including lots of physical activity, avoidance of toxins, adequate sleep, etc.

The Agricultural Revolution (starting about 10,000 years ago) and the Industrial Revolution (onset a couple centuries ago) have produced an environment vastly different from that of our Paleolithic ancestors, different from what Homo sapiens were thriving in for hundreds of thousands of years.  That discordance leads to obesity, type 2 diabetes, atherosclerosis, high blood pressure, and some cancers.  Or so goes the theory.

What’s the Paleolithic Lifestyle? (according to the article)

[These points are all debatable, and we may have better data in 2010.]

The article authors point out that recent unacculturated native populations that move to a modern Western lifestyle (and diet) then see much higher rates of obesity, diabetes, atheroslcerosis, high blood pressure, and some cancers.  “Diseases of modern civilization,” they’re called.  Cleave and Yudkin wrote about this in the 1960s and ’70s, focusing more on the refined carbohydrates in industrial societies rather than the entire lifestyle.  I expect Gary Taubes would blame the processed carbs, too.

Paleo diet proponents agree that grains are not a Paleolithic food.  The word “grain” isn’t in this article.  The authors don’t outline the sources of Paleolithic carbs: tubers and roots, fruits, nuts, and vegetables, I assume.  Legumes and milk are probably out of the question, too.

Low-carb diet and paleo diet advocates often allign themselves, even though this version of the paleo diet doesn’t appear to be very low-carb.  The two share an affinity for natural, whole foods, and an aversion to grains, milk, and legumes.  Otherwise I don’t see much overlap.

A 2010 article by Kuipers et al (reference below) sugggests that the East African Paleolithic diet derived, on average, 25-29% of calories from protein, 30-39% from fat, and 39-40% from carbohydrate.  That qualifies as low-carb.  Modern Western percentages for protein, fat, and carb are 15%, 33%, and 50%, respectively.

You can make a good argument that these paleo concepts are healthy: high physical activity, nonsmoking, consumption of natural whole foods while minimizing simple sugars and refined starches.  The paleo community is convinced that grains and legumes are harmful; many others disagree.  Also debatable are the role of dairy, polyunsaturated to saturated fat ratio, low sodium, and high potassium.  Modern diets tend to be high-sodium and low-potassium, which may predispose to high blood pressure and heart trouble—diseases of modern civilization.

For more on the paleo diet and lifestyle, visit Free the Animal, Mark’s Daily Apple, and PaNu.

Update December 18, 2010:  I found a reference suggesting that Paleolithic diets may have derived about a third—22 to 40%—of calories from carbohydrate, based on modern hunter-gatherer societies.  See the Cordain reference I added below.

10 responses to “Paleo and Low-Carb Diets: Much In Common?”