European Guidelines Not In Favor of Low Carbohydrate Diets for Diabetes 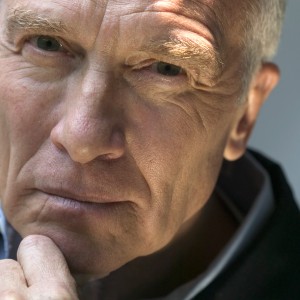 A recent diabetes treatment guide from European doctors states “there is no justification for the recommendation of very low carbohydrate diets in diabetes mellitus.”

The 2013 guidelines are from the European Society of Cardiology and the European Association for the Study of Diabetes. I compiled the following articles in favor of carbohydrate restriction a couple years ago. You won’t find anything newer listed. Admittedly, all or nearly all of the patients involved had type 2 diabetes, not type 1.

Accurso, A., et al. Dietary carbohydrate restriction in type 2 diabetes mellitus and metabolic syndrome: time for a critical appraisal. Nutrition & Metabolism, 9 (2008). PMID: 18397522. One of the watershed reports that summarize the major features and benefits, based on 68 scientific references.

Davis, Nichola, et al. Comparative study of the effects of a 1-year dietary intervention of a low-carbohydrate diet versus a low-fat diet on weight and glycemic control in type 2 diabetes. Diabetes Care, 32 (2009): 1,147-1,152. The Atkins diet was superior—for weight loss and glycemic control—when measured at three months, when compliance by both groups was still probably fairly good. After one year, the only major difference they found was lower HDL cholesterol in the low-carb eaters.

Haimoto, Hajime, et al. Effects of a low-carbohydrate diet on glycemic control in outpatients with severe type 2 diabetes. Nutrition & Metabolism, 6:21 (2009). DOI: 10.1186/1743-7075-6-21. A low-carbohydrate diet is just as effective as insulin shots for people with severe type 2 diabetes, according to Japanese investigators. Five of the seven patients on sulfonylurea were able to stop the drug.

Nielsen, Jörgen and Joensson, Eva.  Low-carbohydrate diet in type 2 diabetes: stable improvement of body weight and glycemic control during 44 months follow-up. Nutrition & Metabolism, 5 (2008). DOI: 10.1186/1743-7075-5-14. Obese people with type 2 diabetes following a 20% carbohydrate diet demonstrated sustained improvement in weight and blood glucose control, according to Swedish physicians. Proportions of carbohydrates, fat, and protein were 20%, 50%, and 30% respectively. Total daily carbs were 80-90 g. Hemoglobin A1c, a measure of diabetes control, fell from 8% to 6.8%. These doctors had previously demonstrated that a 20% carbohydrate diet was superior to a low-fat/55-60% carb diet in obese diabetes patients over six months.

Vernon, M., et al. Clinical experience of a carbohydrate-restricted diet: Effect on diabetes mellitus. Metabolic Syndrome and Related Disorders, 1 (2003): 233-238. This groundbreaking study demonstrated that diabetics could use an Atkins-style diet safely and effectively in a primary care setting.

Yancy, William, et al. A low-carbohydrate, ketogenic diet to treat type 2 diabetes [in men]. Nutrition & Metabolism, 2:34 (2005). DOI: 10.1186/1743-7075-2-34. A low-carb ketogenic diet in patients with type 2 diabetes was so effective that diabetes medications were reduced or discontinued in most patients. The authors recommend that similar dieters be under close medical supervision or capable of adjusting their own medication, because the diet lowers blood sugar  dramatically.

h/t to Reijo Laatikainen for tweeting the European article.